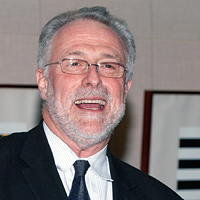 Dr. Stephen Brier of the CUNY Graduate Center and American Social History Project/Center for Media and Learning was the recipient of the inaugural NYCDH Award. Dr. Brier’s career at CUNY and ASHP has included innovations in new media and public history, the development of important programs in digital pedagogy and humanities, and an unparalleled record of mentoring young scholars and building communities across the region. Dr. Brier received the first NYCDH Award and gave a keynote speech to conclude the NYCDH 2017 Kickoff Gathering on February 6, 2017.